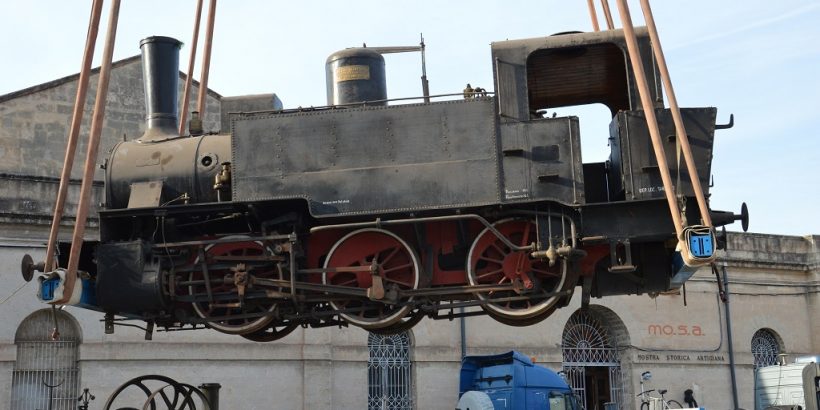 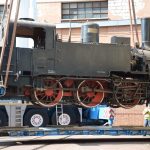 A historical locomotive, which operated from the 1920s to 1969, when it was decommissioned, has been on the move again after more than 50 years, this time not on rails, but on the road thanks to a special convoy set up by MARRAFFA, a company which specialises in exceptional transport. The convoy left the railway depot and then headed for the entrance to the Arsenal at Porta Levante, in Cimino.

The historic steam locomotive 835327, after its disposal, was recovered and transported in 2010 to the workshop 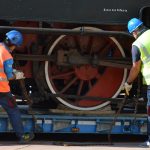 of the Taranto State Railways, by the Associazione Treni Storici di Puglia, and then underwent careful restoration by the same association. It originally operated along the coastal stretch of the Circummarpiccolo, transporting personnel and materials from the arsenal plant to the Buffoluto powder magazine. It brings to mind the classics of ‘Westerns’ in the cinema, or the films of Pietro Germi and Jean Gabin and has unique, almost romantic dimensions.

The locomotive in question is part of a group of thirty such engines manufactured between 1920 and 1921 by Officine Omi “Reggiane” in Naples, to act as shunting locomotives. They helped to build the image of the Italian railway system in the twentieth century. It will be possible to admire it in person in Taranto, near the small square in front of the Arsenal Historical Exhibition (Mo.S.A.) where it has been placed on a short stretch of tracks and sleepers.