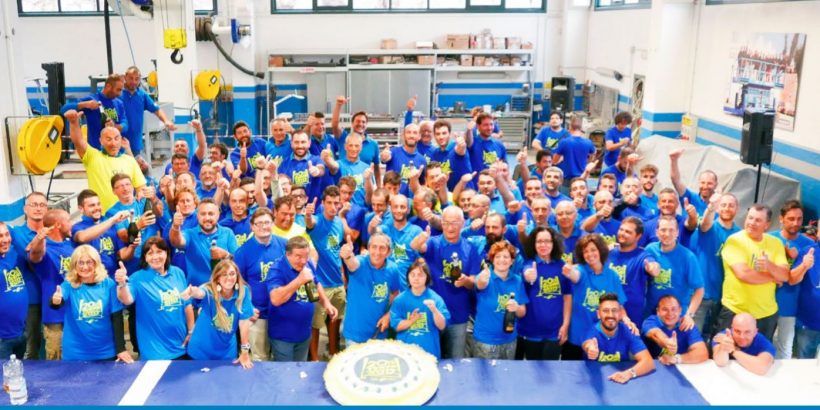 Dolly was the name given to the first living being born thanks to science and human ingenuity. Dolly the sheep entered made history, and not just that found in biology books, as the first mammal successfully created through cloning. That moment marked an important page in the history of mankind.

It was 1996 and in Martina Franca, Michele Marraffa, a visionary man who had already been active in the transport sector for 20 years with company bearing his name, gave life to a new creation, VENPASUD. He too decided to start his own little revolution. With his new company he wanted to let the entrepreneurs of southern Italy know that there were vehicles available to help them with their work. Expensive and complex vehicles that now were accessible to everyone since there was no longer any need to buy them. You could rent them for as long as you needed them and then return them.

Sounds easy, right? Marraffa introduced the concept of rental, his was neither an industrial nor an economic revolution, it was so much more than that, it was a cultural revolution. Nowadays the concept of rental has been widely accepted, to the extent that we can now even rent our own personal car via a long-term rental formula. However, try to imagine what it was like for an entrepreneur from southern Italy to encourage other entrepreneurs into abandoning the concept of a fleet of company-owned vehicles, which although expensive was synonymous with the strength of your business and switch to the safe, cheap and smart concept of rental,. In northern Italy this concept had already taken hold and become synonymous with modern innovation.

We accepted this challenge and embarked on the road towards creating a synergy between north and south in order to better serve our clients, who more often than not ended up becoming our friends. Today it may look easy, but at that time it most certainly was not. We gave it our best and offered an opportunity to those who like us believed it could work.

We created a young team and together we have succeeded.. Today we can celebrate the first 20 years of VENPASUD with our co-workers, with those who everyday contribute to our success and have allowed us to become a recognized partner on an international scale.