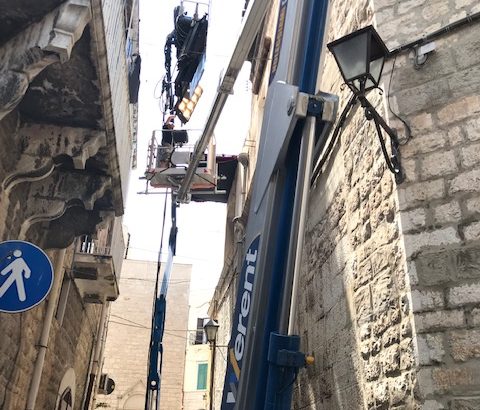 Werent machines were used on the set of Sophia Loren’s latest film “The life ahead”. One of the sets selected by the production team was in the old town of Trani. The actress was chosen to star in the film based on the novel of the same name by Romain Gary. Written and directed by her son Edoardo Ponti, the film tells the story of Madame Rosa and her love of tolerance and sharing and will come out in the second half of 2020. Even the “Viva! Festival” has chosen Werent as its partner for the 2020 edition. “Viva!” is an electronic music festival held in Valle d’Itria, organized by the team of the famous festival Club to Club Torino and its lineup presents a similar caliber of intriguing and avantgarde artists from the world of disco, soul, hip-hop, techno, electronic and experimental music.