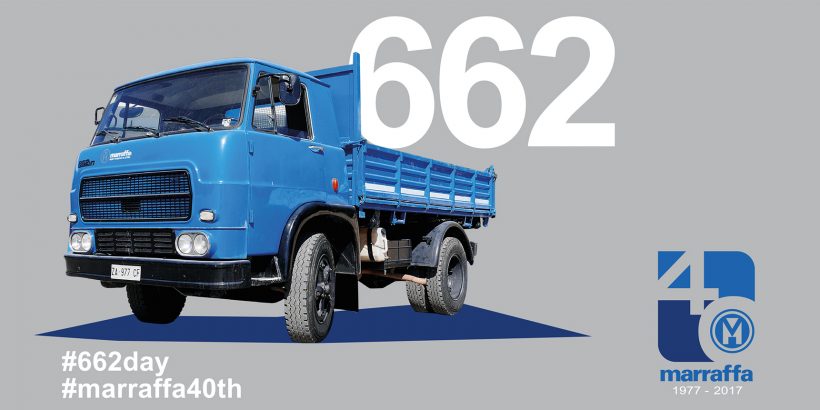 In 1977, the Italian state TV channel, Rai, officially began its colour television broadcasts after several years of experimentation. It was the era of ideas and experimentation, and a time of great achievements in the world of work and while Fiat’s technological and organisational innovations followed one after another, the Fiat OM 662 was rolling off the production lines.

Michele Marraffa was only 20 years old when he decided to buy his first vehicle, more precisely that OM 662 produced by Fiat. He began by carrying out small haulage jobs originating in Martina Franca and moving around Italy.  Depending on the season, the goods to be transported would also change, from the transport of mineral water to strawberries and of course wine, which has always been one of Puglia’s key, outstanding exports.

Michele’s great fortune was a bout of severe back pain

Michele’s great fortune was a bout of severe back pain that would not allow him to work as hard as he wanted. That’s when he had his brainwave. He decided to purchase a second vehicle to work alongside his 662 and by installing an Effer crane to load and unload the transported goods; thereby considerably lightening the driver’s work. It was the first vehicle of many that were to follow. From that moment of intuition, the company’s history began and even today that episode represents a great example of how an unpleasant event can be transformed into a great opportunity.

That’s when he had his brainwave

In Martina Franca these were the glory days of the clothing industry, that were to lead this Apulian city to becoming the second largest textile district in Italy, after Prato. The Great Industry of the nearby Italsider and the textile industry in Martina radically changed the economy of the city, which until then had almost exclusively been based on agriculture. This new-found wealth was accompanied by a rapid development in the building sector. Textiles and construction were the sectors that brought about substantial growth in the early years of MARRAFFA, with factories that needed the installation of new machines on production lines and a construction industry, meanwhile, which required the transport of materials.

Today the company has evolved, making heavy transports and lifting its core business, nothing like its humble beginnings, but believe it or not, everything starts out like this.

Another factor that was fundamental for the growth of MARRAFFA came about in 1996, with the second great brainwave of our founder Michele Marraffa: the birth of the second company in our Group, VENPA SUD, which is today a leader in the field of platform rental and lifting of both goods and people and in 2017 launched its new brand WERENT.