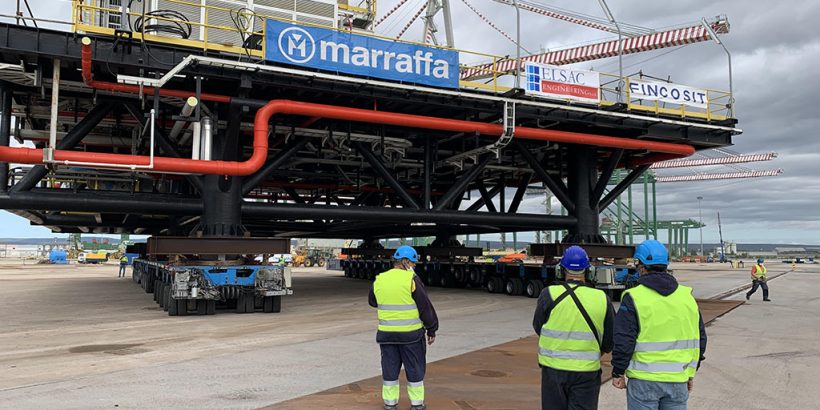 A mega-transport of two platforms in the Port of Taranto. The activity is performed by a team of 10 Marraffa men, involved in the handling of two marine platforms.

A mega transport of two platforms to the Port of Taranto. The multi-sector dock of which the San Cataldo Container Terminal Spa of the Yilport Group is the concessionaire is hosting important “project cargo” operations, in this case the maritime transport of non-standard and ” oversized” cargoes.

The activity is carried out by a team of 10 men from the MARRAFFA company, engaged in the handling of the two large cargoes. These two marine platforms, the first of 650 and the second of about 500 tons, will be installed at sea in the Ionian area in front of the port of Taranto, as infrastructures serving the Eni refinery. The two vessels had arrived in Taranto from Genoa several months ago and were provisionally positioned on the quayside, pending completion of the works for final installation.

The San Cataldo Container Terminal managed the handling of the platforms from the yard to the quayside and the loading on board the ship with stowage and lashing operations.

For the particular handling, Marraffa used a convoy composed of two self-propelled Spmt vehicles arranged in parallel, each formed by 18 axles. Subsequently, the platforms were loaded on board a ship to be transferred offshore. 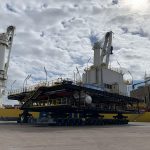 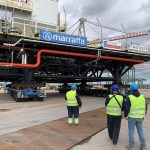 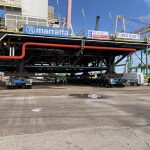