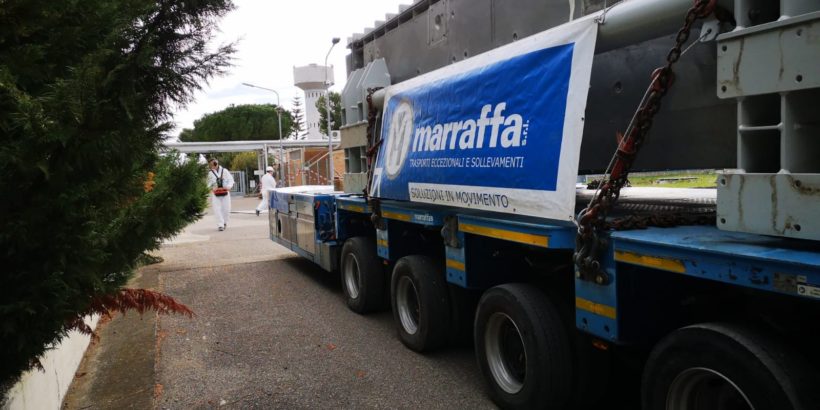 Marraffa srl has been involved in the removal of a block of radioactive waste that had been buried for half a century in the “Irreversible Pit 7.1” of the Enea research centre in Trisaia district, municipality of Rotondella, province of Matera. The 54 cubic metre giant was buried at a depth of 6.5 metres. It was a 130-tonne block of 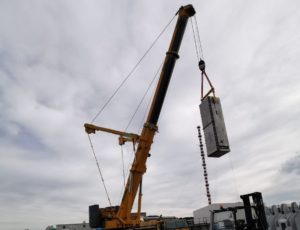 cement, divided into four parts, which required 6 days of crane handling to close a seven-and-a-half year construction site necessary to complete the removal of the monolith.

The pit was born irreversible, and instead thanks to Italian technology those materials have become reversible again. Marraffa took care of the lifting operations of the monolith from the old pit by using special large-sized cranes and the subsequent handling phases in the new housing that was identified, using the technology offered by the latest generation of SPMT self-propelled cranes.

For this activity, Marraffa took care of the operational phases, taking care of all the details of the planning phase, which was particularly demanding.